On Monday the 16th of June, a Chinese delegation from Jiangsu visited the Ecovat zero energy office in Uden. They were invited by the Brabant Development Agency (BOM). Jiangsu is a sister province of North- Brabant, and for 20 years has been a partner of the BOM. The objective of this relationship is the promotion of trade, investment and technological cooperation between companies in North- Brabant and Jiangsu.

This day, the main goal of the visit was an international acquaintance and knowledge share about the hybrid smart micro grid link around the Ecovat Energy Storage System ®. The delegation consisted of ten representatives from various Chinese companies located in the Jiangsu province, who operate within the areas of energy, sustainability and technological innovation. Jiangsu has 79 million inhabitants, is the second strongest economic province of China and is characterized by advanced technology.

In addition to the delegation of the BOM, EWD-Compass BV, the Chamber of Commerce, Vito vision on technology and the University of Twente were present on this day. The latter two both gave a guest presentation on applications of the smart grid, which is about controlling energy flows through the efficient use of control software. The day ended with a tour in and around the zero energy office.

In short, it was a very exciting meeting in which was sought for new international connections that will contribute positively to the relationship between the province of North- Brabant and her sister province Jiangsu. 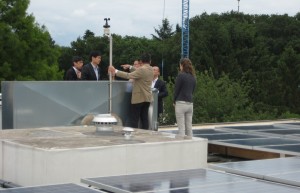 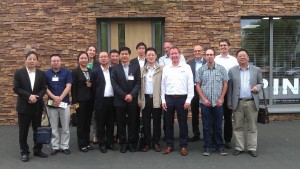