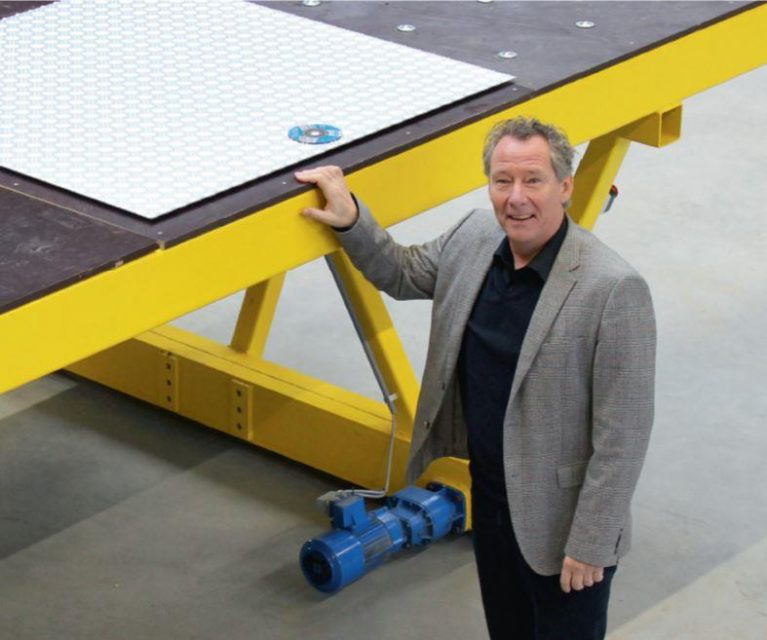 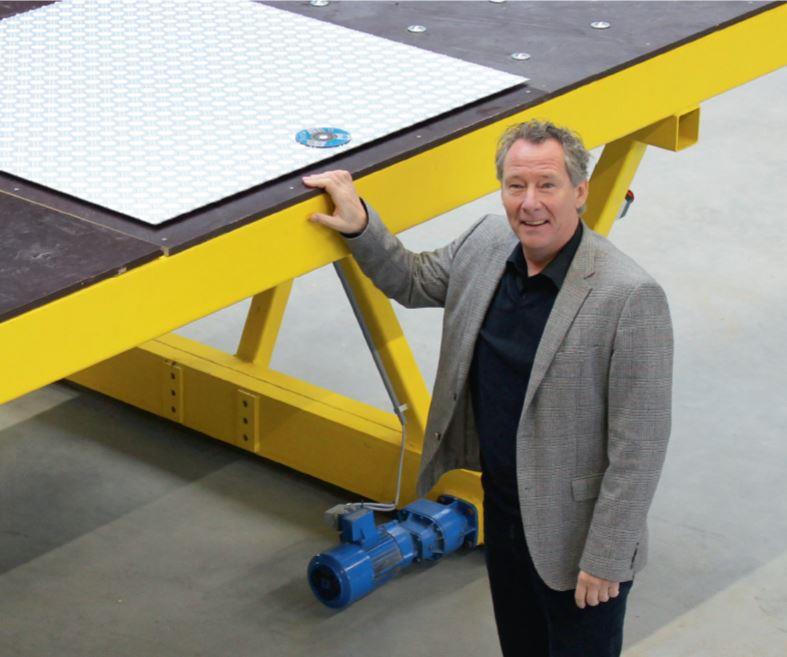 Building sustainably and running a business proved to be a second nature to Aris de Groot, CEO and founder of the company ECOVAT. With the wind at his back, on account of the energy transition that has been set in motion, De Groot has invested the past years and taken virtually all other steps necessary for becoming a significant player during the coming period in which the Netherlands is going to give up the use of gas.

Ecovat’s approach fits seamlessly into the plans of municipalities and provinces that, on a large scale, desire a sustainable solution without continuing the use of fossil fuels, such as coal and gas.

The concept Ecovat uses, at first glance, is simple: the heat, accumulated by solar panels and wind energy, is stored underground in a specially designed buffer tank with thick insulated walls, bearing the name ECOVAT, which has a depth of at least 30 metres and a diameter of 30 metres. The hot water (up to 90 degrees Celsius) is stored in this tank in summer and is used for heating houses in winter.

“The larger the scale, the better, in this case”, says Aris de Groot as regards the numbers of houses that can be connected to this renewable energy. From at least 500 to surely 2500 houses per ECOVAT, he estimates. This depends on the insulation level of the connected newly built and renovated houses.

Aris de Groot and his team have used the past years for developing the technology, making sure patents were granted, writing the business case and standardizing the processes. Moreover, several expert, mainly technical business partners have joined in, which play a role in the production and implementation.

“Ecovat has gathered a lot of information about the energy transition on its website. Our website is consulted daily by hundreds of visitors that are looking for information”, Aris relates with respect to the interest authorities, companies and universities show in the method.

The energy transition in districts and municipalities mostly is about a cooperative effort of a large number of parties. “Also, the procedures for this type of complex transitions take a long time, because they are still uncharted territory for many stakeholders. Within a period of three months we make an analysis of a project for potential clients, which includes the technical feasibility.”

Ecovat will grow rapidly in the years to come, expects De Groot. “We are currently working on five big projects. We have made the biggest progress with project Het Dorp, in Arnhem, the one that came into being once with the help of ‘Open Het Dorp’ (translation: ‘Open The Village’), a fund raising TV show with Mies Bouwman, a Dutch television presenter. At the moment we are making preparations for the start of an ECOVAT for approximately 500 houses. But also in The Hague, Heerlen, Panningen, IJmuiden and in Belgium projects are under way now.”

Aris de Groot refers to a study carried out by independent research agency Berenschot, which recently calculated how much energy is saved with the use of an ECOVAT system. This study revealed that an annual saving of €97,000 to €167,000 per ECOVAT system is attainable, depending on the size of the tank, in comparison with an ‘all-electric solution’.

An all-electric solution means that a house is heated with an electric heat pump. This heat pump always needs electricity to heat a house. The reduction will continue to increase as the demand for the total amount of electricity grows.

The potential is estimated at a minimum of 2.5 million houses in the Netherlands that can be connected to new heating systems. “Provided that a house is reasonably well insulated and has at least a B-class energy efficiency rating”, says De Groot, describing one of the conditions.

The moment ECOVAT will issue share certificates worth €2.3 million via the NPEX stock exchange, the company is in the black, having achieved a €4 million turnover in 2018. Investors are enabled to profit from the forthcoming growth of the company. Aris de Groot owns the largest part of the shares. The ECOVAT investors will receive a maximum of 15% of the capital.

The choice to take the plunge with NPEX was partly inspired by the cooperative approach. “That appealed to me”, says De Groot. “ECOVAT is a B2B company, but eventually it is all about the energy consumption of the people at home. We perceive strong public support for alternatives.”

In order to realize the growth, the growth fund via NPEX has been chosen, which enables trading of the share certificates by investors via the NPEX trading system.

The proceeds from the issue of share certificates will be used for strengthening the working capital, purchasing a hoisting frame and facilitating the growth. De Groot has privately funded ECOVAT’s research and development over the past years. The company has no bank debts.